About Shauna Sever:As a writer, Shauna’s work is best defined by her baking-centric cookbooks. Her fourth, Midwest Made: Big, Bold Baking From the Heartland, was named a Best Baking Cookbooks of 2019 by The New York Times. She has also contributed food stories and recipes for The Wall Street Journal, Food52, Bon Appetit, The Kitchn, Real Simple, Midwest Living, Food and Wine, O Magazine, and many more. Though her career began in broadcast journalism and she now talks about pie instead of Hollywood, she uses the same skill set for her regular television appearances on TODAY Show and Food Network. After 12 years of California living, Shauna and her family returned to Chicago, where she now bakes, writes, and is always on the hunt for great old-school Midwestern bakeries.

November 16, 7 pm, virtually on Zoom: Join us for a conversation with Caitlin Doughty, mortician, bestselling author, and advocate for death acceptance. Hailed by The New York Times as “a relentlessly curious and chipper tour guide to the underworld,” she’ll discuss reform of Western funeral industry practices and much more with Mark Bazer (The Interview Show).

About Caitlin Doughty: Caitlin Doughty is a mortician, advocate, and bête noire of the traditional funeral industry. Her educational webseries “Ask a Mortician” has been viewed almost 250 million times and her three books were New York Times bestsellers – Smoke Gets in Your Eyes, From Here to Eternity, and Will My Cat Eat My Eyeballs? She founded a Los Angeles funeral home as well as the funeral reform collective The Order of the Good Death, which spawned the death positive movement.

October 12, 7 pm, virtually on Zoom: Join us for an evening with two-time National Book Award winner Jesmyn Ward as she discusses how her literary vision and personal experiences address urgent questions about racism and social injustice.

About Jesmyn Ward: Ward, hailed as “the new Toni Morrison” by the American Booksellers Association, is the author of fiction, nonfiction, and memoir, including the critically acclaimed novels Sing, Unburied, Sing and Salvage the Bones, and the memoir Men We Reaped. In 2017, she became the first woman and first person of color to win the National Book Award for Fiction twice. A professor of creative writing at Tulane University and contributing editor to Vanity Fair, Ward’s many honors include the Library of Congress Prize for American Fiction, a MacArthur Genius Grant, and a Strauss Living Award.

September 14, 7 pm, virtually on Zoom: In celebration of Deaf Awareness Month, Marlee Matlin joins Illinois Libraries Present to share the highs and lows of her Hollywood career and journeys as an activist. The youngest recipient of the Best Actress Oscar, Matlin’s acting career recently achieved another milestone as her 2021 film CODA swept every category it was nominated in at the 2022 Academy Awards.

This program will be offered in ASL and translated through an interpreter.

About Marlee Matlin: A longtime advocate for deaf rights, Matlin continues to break down barriers for herself and others through her acting, awareness, and writing. As she has so aptly stated, “The only thing I can’t do is hear. The rest is there for the taking.” 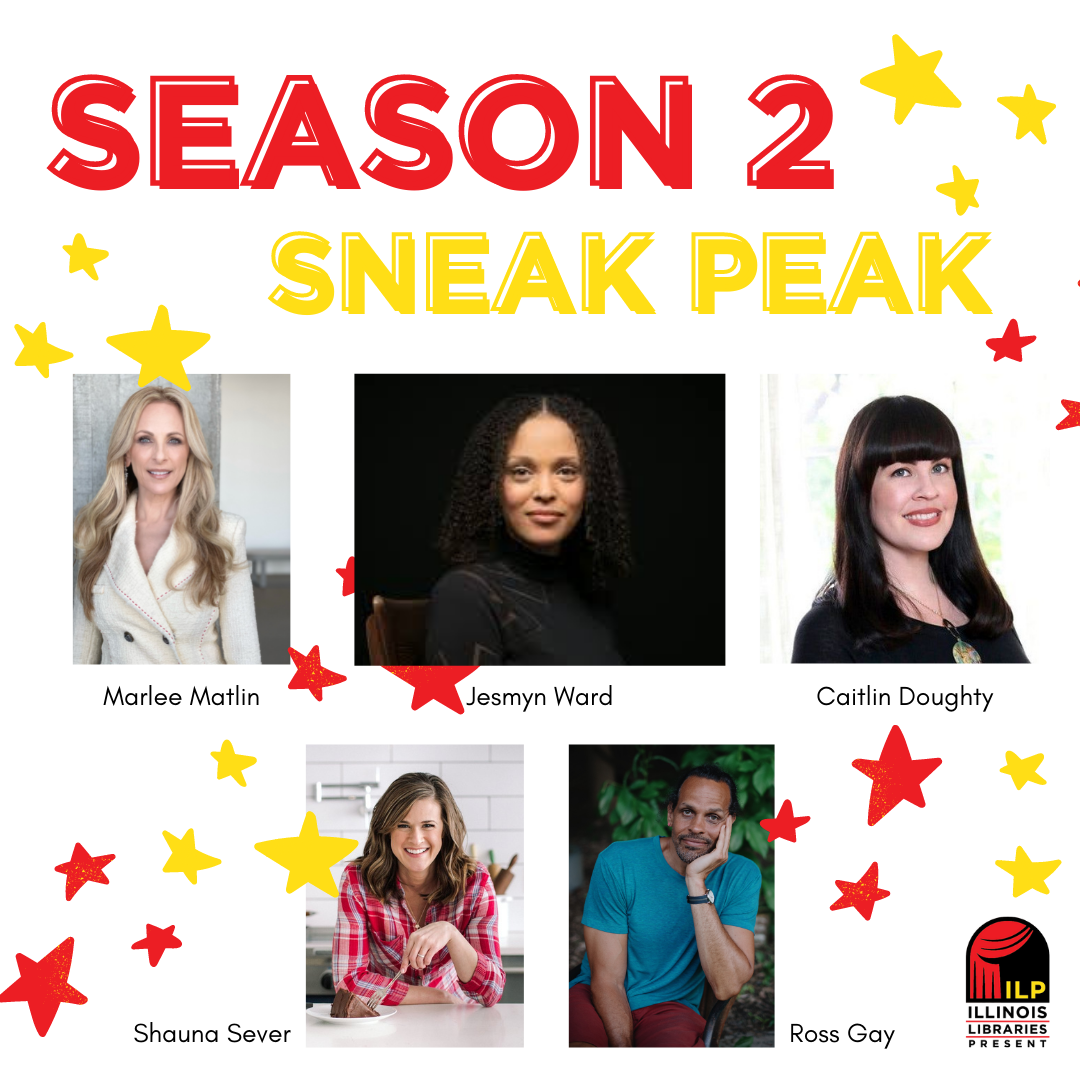