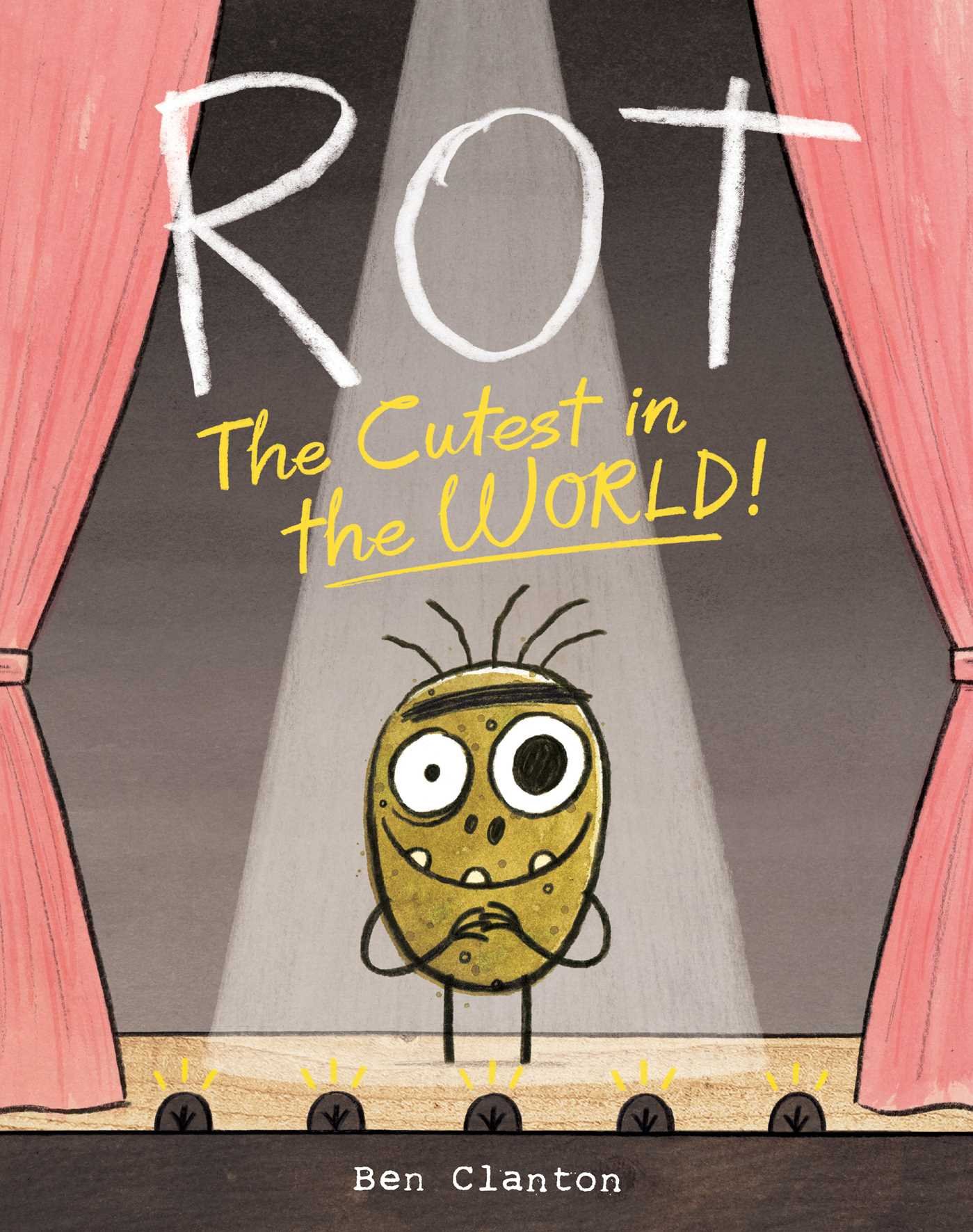 Rot is a mutant potato. Like most mutant potatoes, Rot loves all sorts of games and contests. So when he sees a sign for the “Cutest in the World Contest,” he can’t wait to enter.

But when Rot realizes who he’s up against—an itty-bitty baby bunny, a little-wittle cuddly kitten, and an eenie-weenie jolly jellyfish—he loses confidence. Will the judges find room in their hearts for an adorable mutant potato? 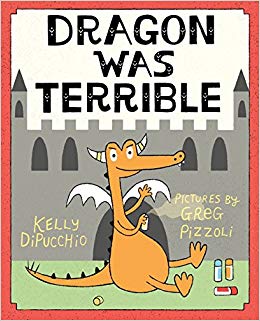 Dragon was Terrible by Kelly DiPucchio

We all know dragons are terrible, but this one is especially terrible. He scribbles in books. He steals candy from baby unicorns. He even burps in church. Seriously, who does that? Dragon, that’s who. The king, the knights, and the villagers are desperate to take down this beast once and for all. But sometimes it’s up to the unlikeliest of heroes to tame a dragon this terrible. 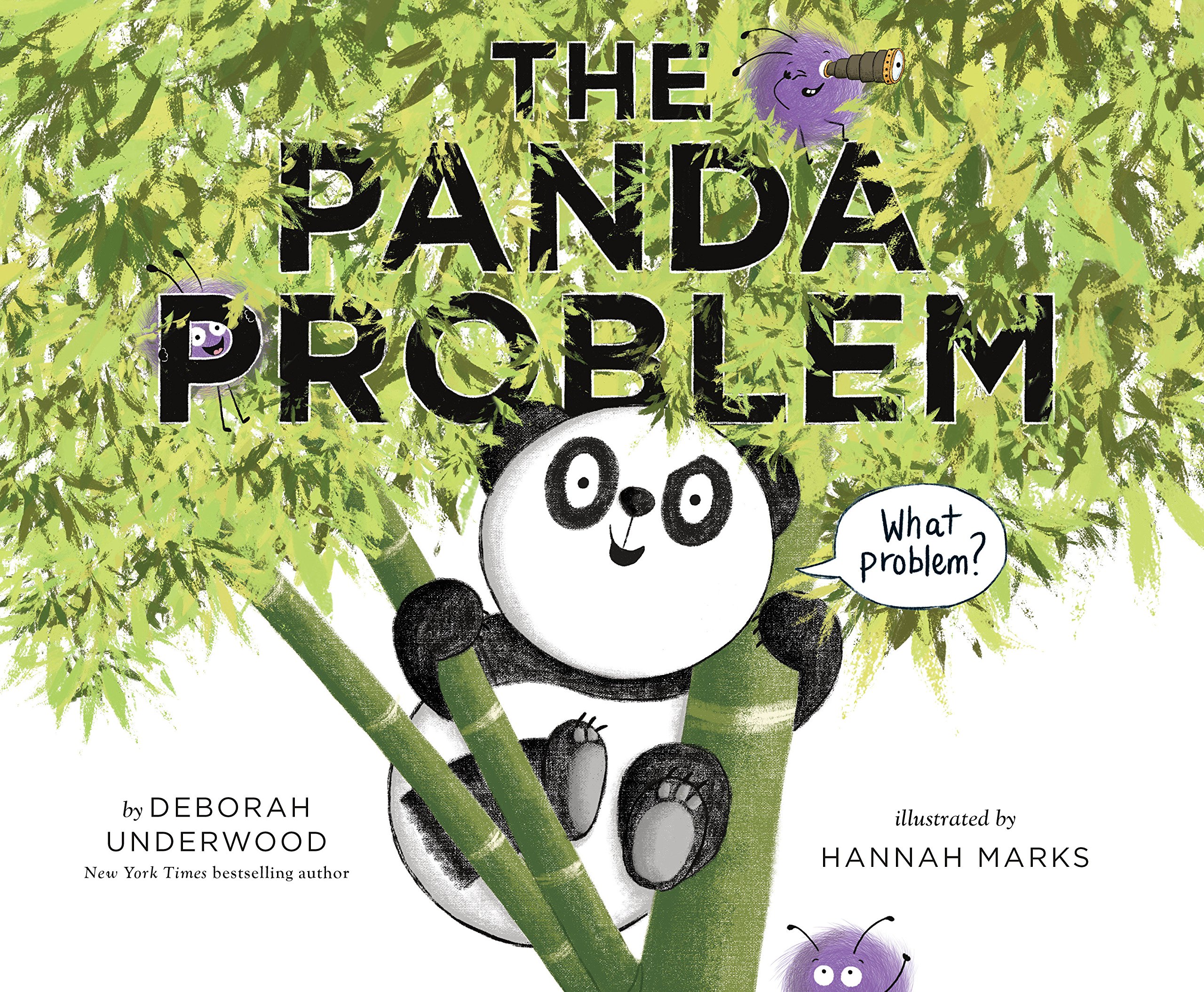 The Panda Problem by Deborah Underwood

Every story needs a problem.
But Panda doesn’t have a problem.
Unless . . . Panda is the problem.

The New York Times bestselling author of Here Comes the Easter Cat and The Quiet Book loses control of the narrative in the funniest, most exuberant, most kid-delighting way in this adventurous ode to what makes a story–and what makes a story great. 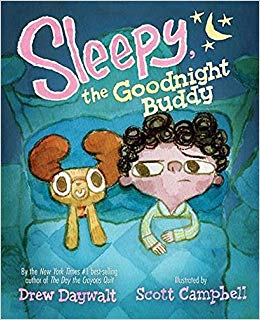 Roderick hates going to bed, and the young boy has become quite resourceful in coming up with ways to delay the dreaded hour when the lights must go out. Roderick’s loving parents–fed up with the distractions and demands that have become his anti-bedtime ritual–decide to get him a stuffed animal to cuddle with and help him wind down. However, Sleepy quickly proves to be a bit high-maintenance. Just when we fear the night may never end, Sleepy’s antics become too exhausting for Roderick to bear.

The Wall in the Middle of the Book by Jon Agee

There’s a wall in the middle of the book, and our hero–a young knight–is sure that the wall protects his side of the book from the dangers of the other side–like an angry tiger and giant rhino, and worst of all, an ogre who would gobble him up in a second! But our knight doesn’t seem to notice the crocodile and growing sea of water that are emerging on his side. When he’s almost over his head and calling for help, who will come to his rescue? An individual who isn’t as dangerous as the knight thought–from a side of the book that might just have some positive things to offer after all! 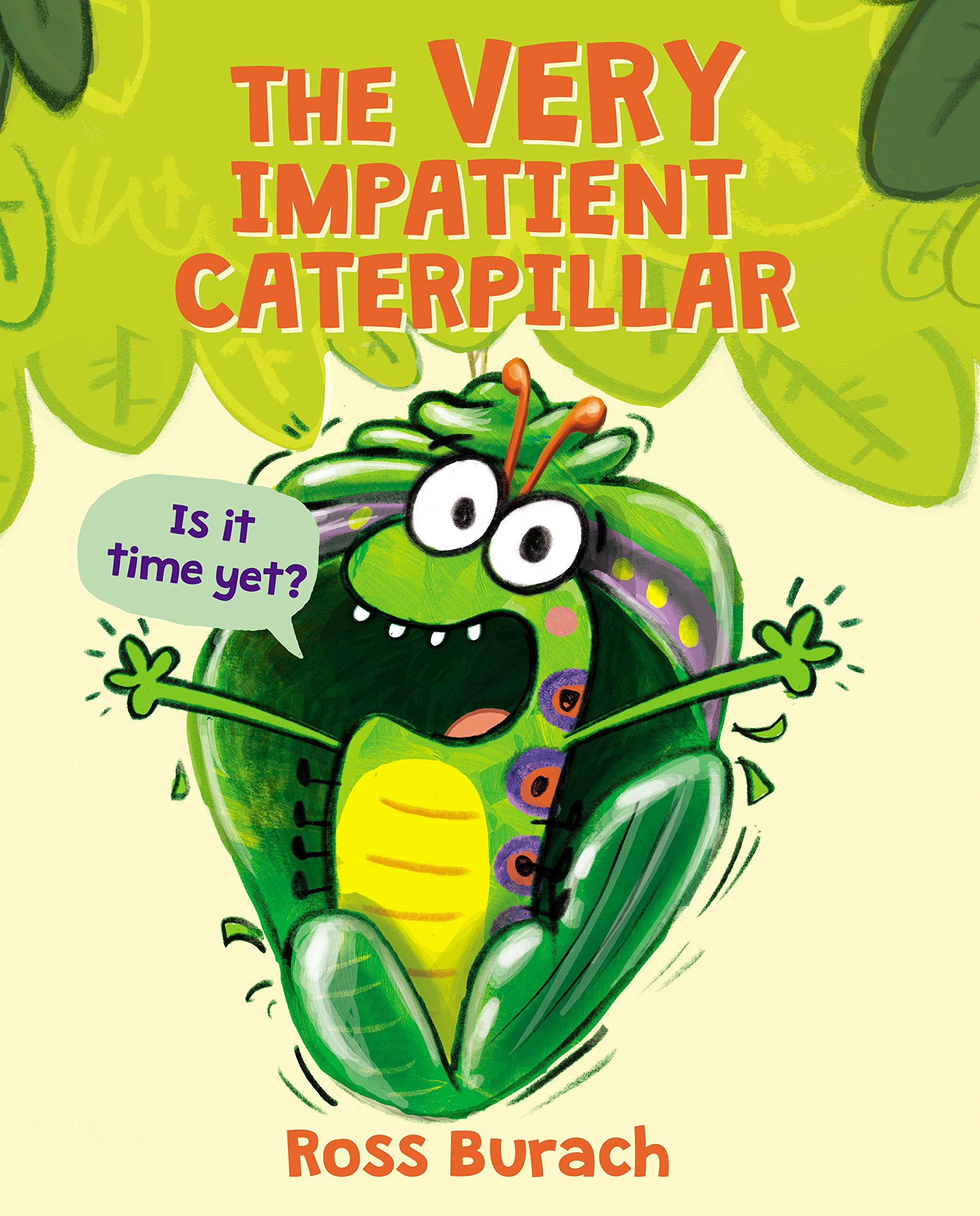 HEY! What are you guys doing?

Right. Right. I knew that…

WAIT?! You’re telling me I can become a BUTTERFLY?

Ross Burach’s hilarious, tongue-in-cheek exploration of metamorphosis will make you flutter with glee, while also providing real facts about how caterpillars transform into butterflies. 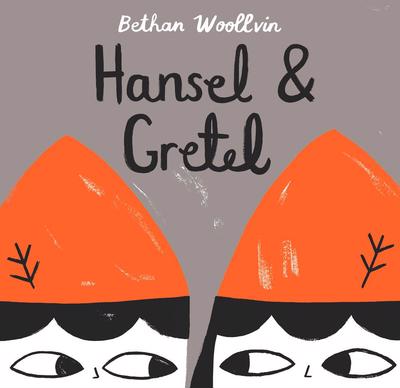 Hansel and Gretel by Bethan Woollvin

Deep in the forest lives a witch named Willow. She is a good witch, who only uses good magic?until she meets Hansel and Gretel.
Willow never used to worry about messy breadcrumb trails. Or entire portions of her gingerbread house being devoured. Or anyone fiddling with her spells and magic books and causing a ruckus. But Hansel and Gretel are two very naughty and very rude children, and they are trying Willow’s patience.
This subversive and deliciously wicked retelling of Hansel & Gretel from Bethan Woollvin, creator of Little Red and Rapunzel, features her signature striking and humorous visuals, and a twist ending that is sure to surprise and delight. 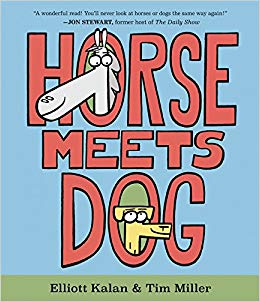 Horse is just an oversize dog with funny paws…according to Dog. And Dog? Just a tiny baby horse with a weird tail. That’s what Horse thinks, anyway. 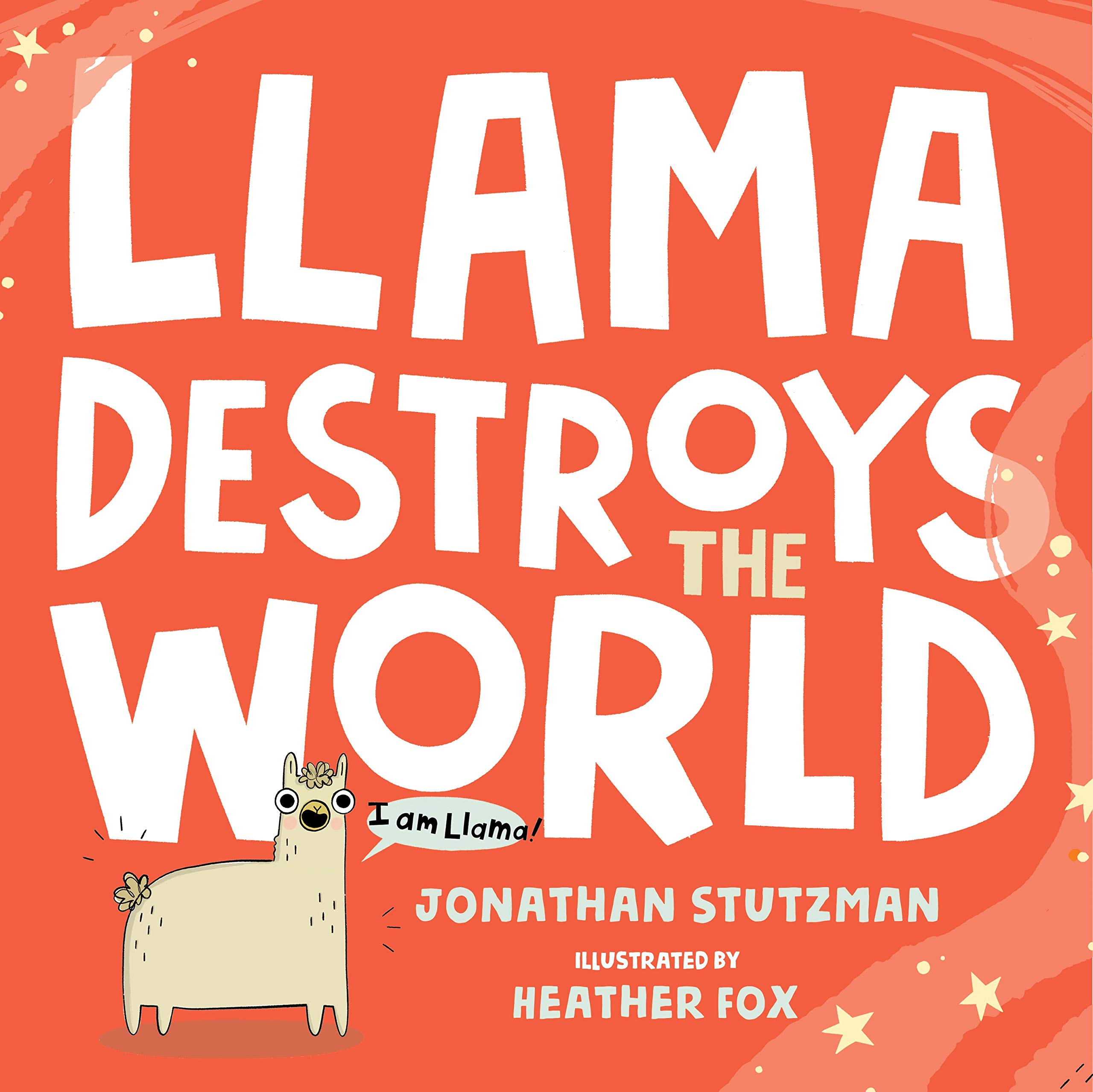 Meet Llama, the next great picture-book megastar, who has most definitely driven a bus and who loves tacos way more than you.

He also loves cake, and that’s where our story begins.

In their debut picture book, author/illustrator team Jonathan Stutzman and Heather Fox introduce young readers to the comical, the studious, the oblivious Llama, a picture-book hero for the ages. So grab some cake and your dancing pants and prepare for Llama Destroys the World… because THE TIME FOR LLAMA IS NIGH!